Sharing the translation of the Sep 2019 issue of SO-EN, where Massu talked about the WORLDISTA costumes in his regular column MFBB.


You can vote here: https://thetv.jp/feature/drama-academy/

You have to open the webpage, search the category, look for your chosen one AND CLICK ON THE HEART:

And I forgot to say that you have to vote in all the categories to can send your vote (All your hearts have to be light blue / green (?)): 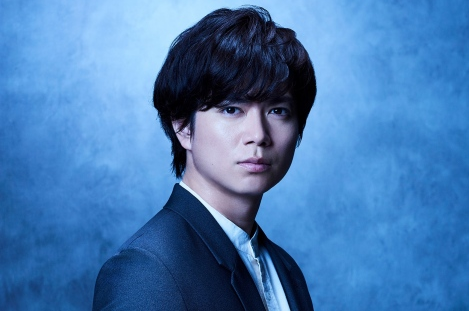 On September 10th, it was announced that Shige will be appearing in the drama, “Yoru ga Dorehodo Kurakutemo (No Matter How Dark the Night is)”, which will start airing every Sunday at 10pm JST on WOWOW from Nov 22 for a total of four episodes. The lead role will be played by Kamikawa Takaya, who will play Shiga Michinari, the deputy editor of weekly magazine “Shukan Jiryu”. Shige will play Inami Wataru, a young reporter, who clashes with his boss, Shiga, on the ethics of reporting. This will be Shige’s first time acting in WOWOW drama as well as his first time in a reporter role. 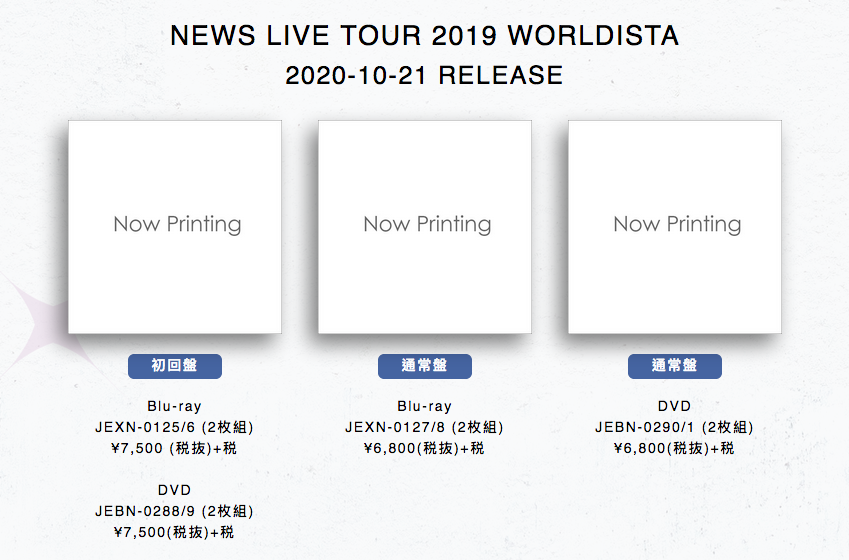 It was anounced on September 9th that the DVD and Blu-ray of NEWS’ 2019 WORLDISTA tour will go on sale on October 21st.

For those ready to preorder, the usual sites (CDJapan, Tower Records, HMV etc.) already have the preorder links up! 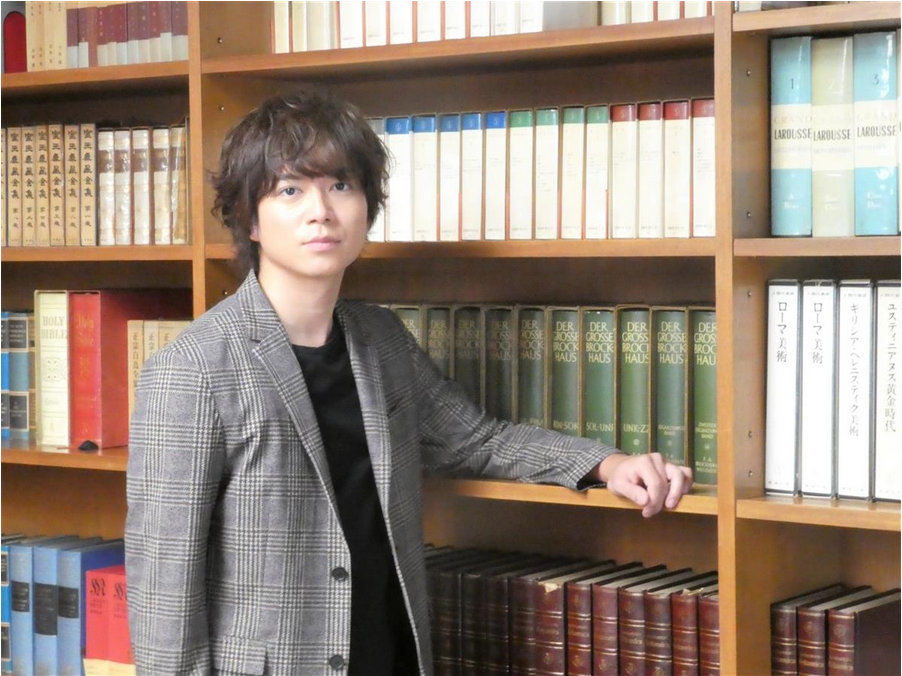 It was announced on August 25th that Shige’s serialization in Shosetsu Shincho, “Alternate”, will be published as a novel on November 19th. This will be his 7th published work and 5th long-form novel.

It’s a coming of age story about the interlacing stories of 3 young people through a dating app for highschool students called “Alternate”. Shige said that, “Now that I’m in my 30s, I felt that I wanted to write something about the rawness and pains of youth. When I was writing ‘Pink and Grey’, there was a rebellious part of me that wanted to shock the reader; it’s hard to believe that I would be writing a novel like “Alternate” now. Thinking about how to write a pure confession scene that would make the reader swoon makes me realize that I’ve aged.”

“Alternate” was originally serialized from the January through September editions of Shosetsu Shincho, and the January edition was the first in the publication’s history of more than 60 years to have a second edition printed.

Shige was quoted as saying that he hoped that this would be made into a live action of some kind, but when asked if there was a possibility of him playing a teacher role, he joked, “All the teachers that appear in the novel are women. I messed up the setting.”

The article also touched upon Tegoshi’s recent departure and how NEWS performed their new song, Kanaria (Canary), as three on 24Hr TV on August 23rd. Shige said, “We’ve experienced the fear of being compared (to our past) a few times. In order to protect our fans, choosing to disband could have been an option as well. But the feeling of wanting to continue even as three was strong. Singing as we share the same goal, I felt a huge sense of satisfaction after the performance.”

In response to the question of if he would make his experiences into a novel, he answered that he might be able to write it as fiction in a few years’ time. He also added, laughing, that all that creators have to draw on is their own experiences, and he’s in an environment where he doesn’t lack that.

The novel's official site and twitter account are also up, so do check them out for more information!

Sharing a "Rental Nanmoshinai Hito" related interview Massu did sometime back, because the drama is finally coming back (YAY!) and also because we could all use some positive content now.

It's a pretty long one, with comments from one of the drama's directors and the real Rental-san.
Enjoy! :)

Fan club members received a message card during the last week of July, and while we do not usually post content from paid subscriptions, it is the first thing in the mail we received from 3nin, so here it is.

Hello, I am selling some official NEWS goods that are rare and out of print~
Prices are reduced and negotiable.
Feel free to comment below ^^

✰ You can view my selling post here ✰
From Singapore