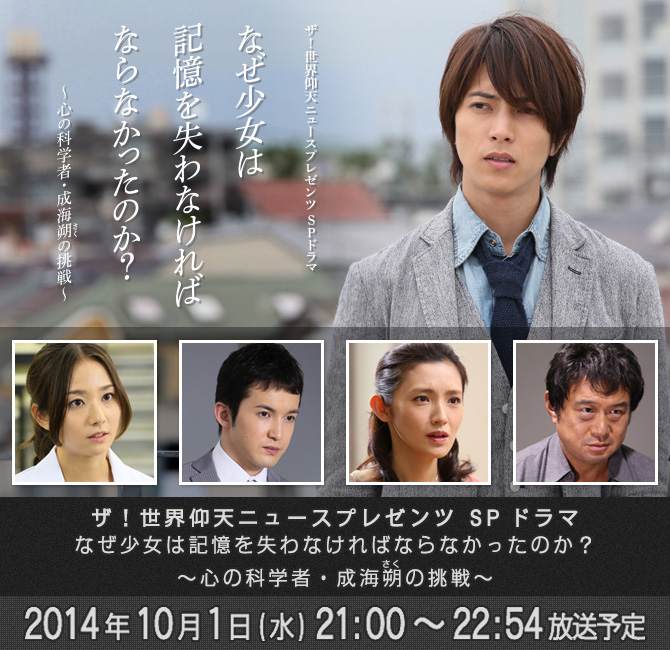 Synopsis
Yagami Keisuke (Funakoshi Eiichiro) is caught red-handed by the police as a suspect in a series of arson cases. He is deaf and also does not use sign language. The interrogation proceeds with difficulty in the face of his “complete silence”. Abiko Kento (Asari Yosuke), the rookie detective assigned to the case, heads to Yagami’s home to search it. He finds a 7-year-old girl (Watanabe Konomi) in the home where Yagami supposedly lives alone. Who is this child? Yagami has no wife. The girl’s identity is not known. Neither the neighbours nor anyone is aware of her existence. There are no clues. … (Continue reading @Jdramas Wordpress)

Chikage (Kyoko Hasegawa) dated Tomonori (Shosuke Tanihara) for 5 years. They promised that their future would be spent together, but Tomonori breaks up with her. He falls in love with a young woman and marries her. Chikage is shocked.

To take revenge on him, Chikage follows Tomonori on his honeymoon to New York. By chance, Chikage meets a young Japanese man Junpei (Asuka Kudo) in New York. She walks and rides around New York with Junpei.

They then walk in to a Tiffany store on 5th avenue. Chikage says that she works hard and buys stuff for herself, but she would not buy herself Tiffany jewelry.

Junpei thinks she is cute and becomes attracted to her.