To all Filipino and NOT-Filipino Ryo fans out there, I have FINALLY realized that there is a Ryo amongst the Filipino nation. Yes, I'm THAT much a dunce to have noticed it only now. D':

This goes mostly out to the not-Filipino fans because they NEED to know, not unless they already do, or he's internationally known, I dunno. XD; Filipinos might as well agree with me on this one, right? :'D

So we have this OMGHOT model in the Philippines named Victor Basa AND HE LOOKS A LOT LIKE RYO. \o/ 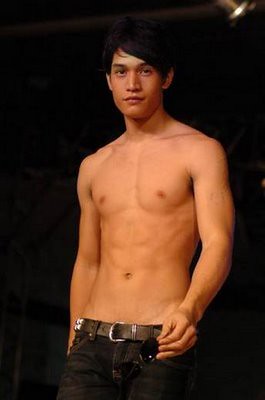 Ryo himself. Snagged from Photobucket, and frankly I'm using the family PC, so there's not much of my stash here. ):
Yes? Or no? A debate within the comments would be nice. 8D
Tags: ♔ media: pictures - DO NOT USE
Subscribe

Recent Posts from This Community

Recent Posts from This Community