this is the third operation by me. After looking at some weird faces / moments tegoshi had since he became a johnny, i'm putting up some really pretty tegoshi. there are so many that i still had to cut him out(so only tegoshi appears) and resize the pic. i have over 60 pics of him here.i hope you enjoy them as much (or even more) as you enjoy my last few tegoshi pic posts. :) This time, i categorised them into Pretty Tegoshi, Sexy Tegoshi, and Kawaii Tegoshi, as well as some pics that could not be fitted in to this three categories.

and credits are for those whose names are on the pic, if not, mostly news_jpop members.

the school uniform, and blur images are always beautiful on pretty people~

ahh the water and that big collar, as big as his face. O_O

after going through the photos, i found out that he wears this necklace alot during a period of time. nice~

a girls favourite pose, camera above head and just look up~ eyes gets big big~

remember the necklace i mentioned? ^^

decided to let you guys have a big one~

very catherine zeta jones~ the shades on the head, and that nice hair of his~~~~ 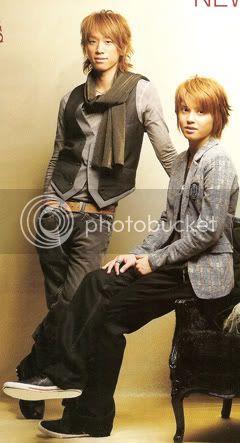 i cant delete koyama away so i had to left him there.

see the necklace i'm taking about? ^^

ahh i remember someone had an icon using this pose as well.

i also remember someone putting eyeliner on him using this pic. 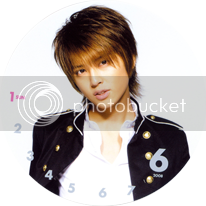 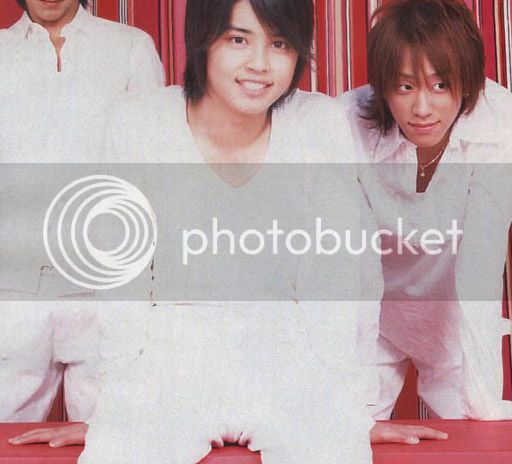 oo the red and white pics~ and the bears~! again, i could not cut koyama's out. ^^

he was so young~

and i discovered Tegoshi actually looks like Ji Joon Hoon!