Koyama to appear in a drama starting in October

It was announced on August 13th that Koyama will be appearing in a dramatization of the manga 'Juuyou Sankounin Tantei' (Material Witness Detective) by Kinuta Murako along with Kis-My-Ft2's Tamamori Yuta, and actor Furukawa Yuki. The lead role will be played by Tamamori Yuta. The drama will air Friday nights from 11:15pm to 12:15am starting in October. 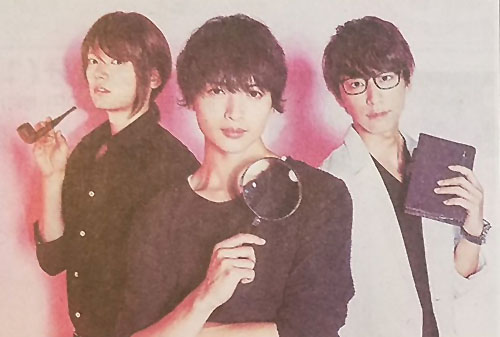 The lead character, Maneki Kei who will be played by Tamamori, is a man who unfortunately always happens to be present at the scene murders and the first to discover the body. His model friends, Suou Itsuki, to be played by Koyama, and Shimon Toma, played by Furukawa, also get wrapped up in and help solve the cases. 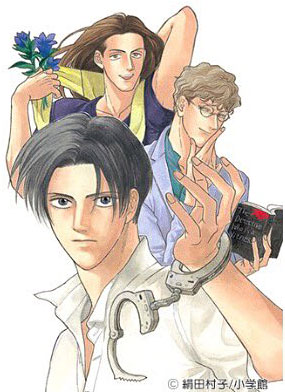 Koyama's comments about the drama are as follows:
"At a glance, this work may look like a comedy, but the cases that [the characters] encounter hit right at the core so I think it will be well worth watching. I read the original work, and it feels fast-paced and the setting of having the 3 of them guess and solve the cases they get involved in felt fresh. I think it'll be even more enjoyable as the drama progresses and you get to see the relationships between Kei, Itsuki, and Shimon.

I feel like I've spent time with Tamamori-kun since we were juniors, so he doesn't really feel like my kohai. He looks good even within a group, and I expect that in this as well he'll lead us. Furukawa-kun is tall and really gives off the airs of 'The Ikemen (a good looking guy)'. Both Tamamori-kun and Furukawa-kun are shy so I want to reach out to them and for us to all get along.

I play Itsuki who is very pure and the type of person who ends up working hard with nothing to show for it. As I read the original work my image of him is exanding and I want to create [this role] while consulting with the directors on how to bring out the gap between when he's cool and when he's in detective mode. It's my first time acting in a serialized drama in a long time, I'm looking forward to it! I want to use my current knowledge and experience, and since I have a feeling that this is the kind of work that can present a challenge, for the next 3 months I will do my utmost best. There's still some time before filming starts, so I'd like to form a bond between the 3 of us."

Tamamori commented on how this is the first time he'll be acting with either Koyama and Furukawa, and while Koyama is his sempai, he often only sees him through the TV. He said that he has an intellectual image and that he seems really smart.

In his comments, Furukawa Yuki said that Koyama gave off the feeling of an older brother and since he and Tamamori are both shy, he has a hunch that he'll become the mood-maker on set.


The official site for the drama can be found here.