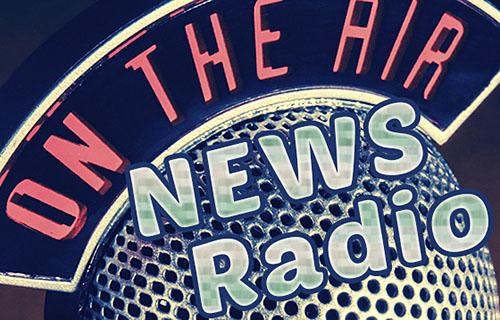 They then asked him to share his hopes and he said he’s happy how NEWS’ 15th anniversary coincides with his 30th. He’d like to create many opportunities to meet fans, and to create a movement doing things only the brand new “NEWShu” can do. M: NEWShu… T: A movement that only NEWShu can create. When you think of this, this and this that a Johnny’s group can do, and NEWS is the only group that fits the criteria. I hope to create such a movement. If possible, I’d like to do a Tegomass concert too. M: Yeah. T: It’s completely possible to have a double tour.

They went back to saying how they’re happy for the listener and how that made singing that song meaningful for them.

Going back to the question, Sakura said that she’s very happy when people say the reason she can’t get a boyfriend is because she’s too cool. M: Isn’t that just...that...manga term? Fujoshi? Sakura: No no not at all! M: Did I use fujoshi right? Sakura: You did. But it’s not that. It’s like, I tend to play the escort role?

She gave an example of how she plans trips with her friends, and her friends would say if the boyfriend could come up with something like that, it’d be perfect. Tegoshi asked what happens when someone like her gets a boyfriend? Wouldn’t the roles clash? Sakura: That’s why I can’t get one. T: I think so too. Sakura: (while laughing) That’s horrible. Massu then said that’s just Sakura forcing her plans on people, isn’t it? What about what people want to do or feel? She said she come up with the plans after asking them. Tegoshi asked if she likes herbivore men. She said she might, as compared to the Kyushu Danji. Massu laughed and said that’s as good as him deciding on the concert set list on himself and asking Tegoshi to just sing, since he’s asked and knows what Tegoshi likes anyway. Tegoshi agreed. Sakura protested, saying it’s different, and she’s not forcing her preferences on people. Tegoshi said that any men with an interest in Sakura would all disappear in a poof after listening to this.

T: What would you be happy to be praised about? M: Well, that I’m fashionable. T: DON’T SAY THAT!!!!! Sakura: Ah… M: Hurhurhurhur. T: THAT’S BANNED ISN’T IT! Sakura: Uh huh. M: This is scary. T: We banned that, didn’t we. M: He reacted really fast. T: Oeiiiii…. M: I was going to continue talking a little but he jumped right in. Sakura: He’s fast, isn’t he?

So they asked him to say something else. M: Do you know any place with nice food? T: That makes you happy? M: It doesn’t? Sakura: That’s praise? Massu then explained what he meant, like if Tegoshi asked if he knew any nice Italian restaurants, and Massu recommends him one he hasn’t been to, he would go, wouldn’t he? And some days later, Tegoshi comes back to him and says it was really good, and thanks him for the wine Massu prepared for him in advance. Isn’t that really nice? Sakura and Tegoshi then gave lukewarm responses, to which Massu went, “Hmm? No?” The two of them immediately said no it’s not that, it makes them happy, but ah okay that’s it. (silence) Tegoshi then started laughing and said while Massu was trying to end the segment, Tegoshi was the one who’s supposed to do it. Sakura: That’s too bad. M: End it. T: (still laughing) Should I- M: I’d just get more hurt if this continues. (laughter) Sakura: Masuda-san’s face now. T: I’m sorry, I’m sorry. Tegoshi then moved on to say the usual ending lines, with Massu giving a tiny sigh in between. At the end, Sakura: That’s just too bad, wasn’t it.