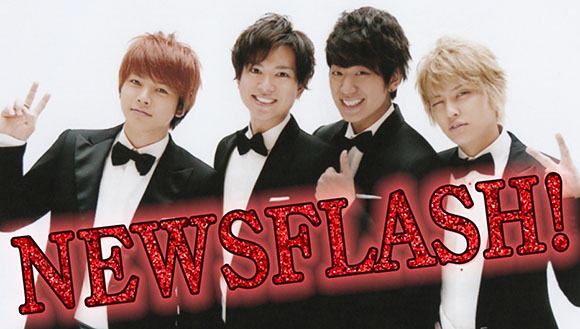 It was announced during the afternoon concert at Saitama today that NEWS will be having a 15th anniversary concert on Aug 11 & 12 at Ajinomoto Stadium.
They also announced that "BLUE" will be released on Jun 27.

We don't have any more details as of now, but will come back with more once we have them.
Let's all go pop some champagne in the meantime!
Tags: !mod post, news: concerts, news: releases
Subscribe