On Jun 1st, it was announced that Massu will be acting as a detective for the first time in NTV’s Saturday night drama for the summer season. 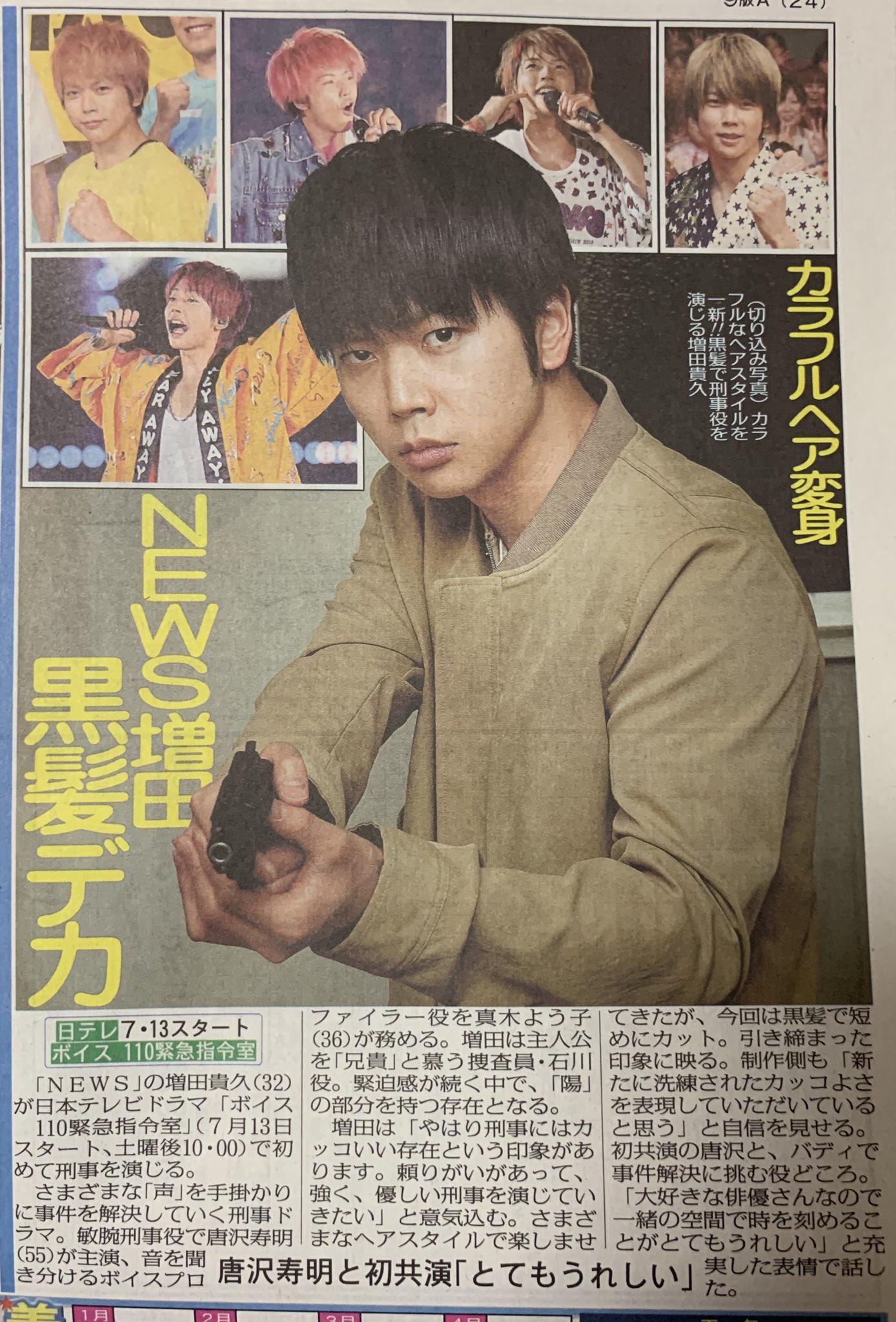 “Voice 110 Kinkyu Shireishitsu” will begin airing on Jul 13th at 10:00 pm JST and is based off of the Korean series “Voice” and stars Karasawa Toshiaki and Maki Yoko. Massu will be taking on the role of “Ishikawa Tooru”, a detective who looks up to the protagonist. This role will be a ray of sunshine for a drama filled with tension.

Massu said, “There’s definitely a cool image of detectives. I hope to be able to portray someone who’s dependable, strong, and kind.” While he’s played around with his hair for quite a bit, he chose a short, black hairstyle for this role. The production team also commented that this gives him a new, refined, and cool look.

In this role, he’ll be teamed up with Karasawa, whom he’s working with for the first time, to solve cases. “He’s an actor I like very much, so I’m extremely happy to be able to share the same time and space with him.”

He also commented that he was very happy when he found out about the role, and also happy about how he's getting a regular role in a NTV drama for the first time. He was nervous on his first day at the set, but Karasawa and the staff who'd begun filming earlier, welcomed him warmly so he was able to maintain a good level of tension while being relaxed. He was also impressed by the details on the set, and said he'd like to become friends with the props team so he can find out more from them.

Additional comments from the producer include how he had an image of Massu being "someone with a warm smile, positive, and brightens up people around him". As the drama will be one of constant suspense and tension, he's happy to find Massu being exactly like the image he had of him. Massu's role, together with Karasawa's, is going to run into many obstacles along the way, but he hopes they'd be able to overcome all that this hot summer.