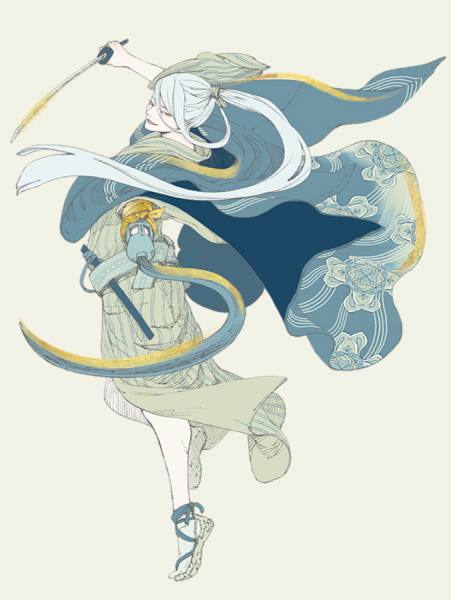 It was announced on Sep 9th that Shige will be appearing in NHK BS Premium drama “Kenjusho ~Mitsukuni Kou to Ore~”. Set in the Edo period, the drama will run for 8 episodes starting on Nov 5th (Fri) at 8pm JST.

Yamamoto Koji stars as Tokunaga Mitsukuni in this drama based on Ubukata Tow’s novel “Kenjusho”. Shige plays Nishiki Hinosuke, the villain behind the Great Fire of Meireki. Mitsukuni leads a secret force of talented young orphans to chase after the villain which eventually leads him to Hinosuke. However Hinosuke is the son of Unkei (played by Ishizaka Koji), a Buddhist priest Mitsukuni deeply respects.
Matsumoto Honoka joins the cast as Mitsukuni’s wife and Tachi Hiroshi plays a great swordsman. One of the directors, Isshiki Ryuji, is the same person who directed “Modern Boys”, which makes this their second time working together.
Shige’s comment:
This is my first period drama and it feels like fate brought me to this work.
I play the role of a lone armed swordsman who caused the Great Fire of Meireki, a villain who pits himself against the leading character, Mitsukuni.
He’s an unforgivable person, but as I read the original work I started to understand the past behind his cold gaze and felt drawn to him.
I hope to be able to fully bring this darkly alluring character to life.
How will the fierce battle between Hinosuke and Mitsukuni unfold?
I hope that you’ll enjoy the drama.
Source 1 2
Shige’s character’s illustration from Bungei Bunshun’s special site on the novel
Tags: !mod post, *member: kato shigeaki, news: dramas
Subscribe