New NEWS song to be theme song for "Nigatsu no shousha" 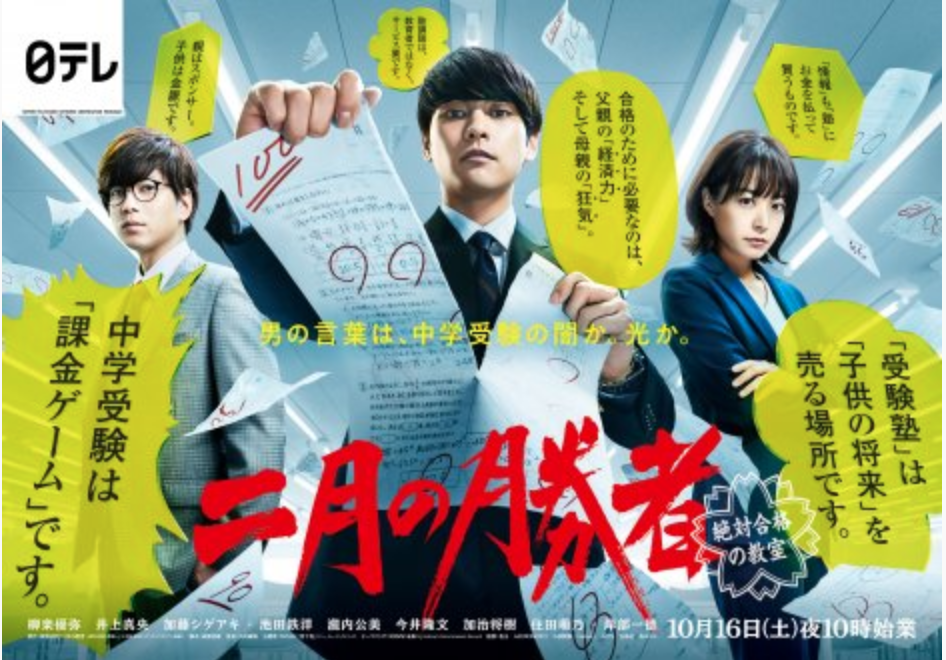 It was announced on Sept 25th that NEWS will sing the theme song for Shige’s upcoming drama, “Nigatsu no Shousha” which will air starting on Oct 16th on NTV.  The song will be called “Mirai e” and will play during key scenes in the drama to further heighten it.
Shige comment
“Mirai e” is a support song tied in to "Nigatsu no Shousha"! I hope that those who have upcoming entrance or other exams will listen to it and that it can also reach those who don’t have exams but are working hard to achieve something in the future.
There’s a memorable line in the song that goes like, ‘Let’s laugh together in the future’, the feeling of ‘Even though things are tough now, let’s all do our best so we can smile again someday’ carries a message of solidarity while many people are having a tough time during the pandemic.
Source